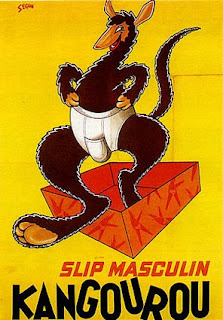 Someone said, “There is nothing in the crossing of an ocean that will make you a missionary.”
There’s nothing in the donning of a bridal veil and vow recital that makes you a wife. Getting married is like signing up for a lifelong internship. You LEARN to be a wife to your husband, through lessons and study and tests and pop quizzes.
Early in my married life my husband asked me to pick up a package of underwear for him during my weekly grocery run.

“Of course, dear,” I replied. I was eager to please and thoroughly enjoying my new role, quite certain this “wife” thing was the easiest task I’d ever attempted.
After 45 terrifying minutes in the men’s underwear section at Wal-Mart, overwhelmed by rows of briefs, boxers, boxer briefs, and thongs (ew!) in colors and stripes, by Hanes or Fruit of the Loom, in an array of unfamiliar sizing, I admitted my failure. I had no idea what I was doing. This simplest of tasks – the purchase of basic attire for the man with whom I’d become “one flesh” – had me stumped. Eventually, I settled on the plain white briefs I’d seen my dad buy. I guessed on the size. Surely my 145-pound husband had a 34-36 inch waist, right? Wrong. He could have fit his waist into one leg opening.

I didn’t know everything about the man I’d married, and that surprised me. I still don’t know everything about him. Much like our math and history textbooks, he changes frequently and I have to relearn things I thought I knew. But instead of feeling like a failure when I get the wrong brand of deodorant or forget which flavor of Crest he likes best, or “defile” a casserole with vegetables, I just chalk it up to another lesson covered and move on.
There’s no such thing as “instant wife,” or “instant husband.” If we’d look at one another and remember we’re nothing more than students, we might be more forgiving, more accepting, and easier to get along with!
Study your man. Become an expert on your husband! Husband 101. Sounds like fun, doesn’t it?