I turn on the morning news while I pack my husband’s lunch for work. (Yes, I’m fishing for kudos for that selfless act of packing his lunch… KIDDING!!!) Every day, it seems, the news makes us privy to some new “study” that promises to extend your life expectancy, or raise better and more successful children, or find the “happiest” place to live.

I can name three such studies in the last few weeks that raised my hackles. 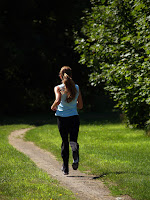 1. Women over 40 need to do cardiovascular exercise for at least an hour every day, seven days a week, just to PREVENT weight gain. AARP
– If that doesn’t make you want to head for the cookie jar as fast as your little under-exercised legs will carry you… What’s the motivation behind releasing this information to a nation of people who can’t seem to fit in 10 minutes of exercise a day, much less an hour? Frustrate them to death?

All of these so-called “studies” are presented to the public with a ring of truth and the weighty stamp of media approval, as if following the study’s findings will certainly guarantee an improved life. Even though a simple change of TV news channel is likely to provide another, equally “reliable” study that contradicts the findings of the first.

From the American Academy of Neurology, released Feb. 11, 2010: “Eating chocolate may lower your risk of having a stroke, according to an analysis of available research that will be released today and presented at the American Academy of Neurology’s 62nd Annual Meeting in Toronto April 10 to April 17, 2010. Another study found that eating chocolate may lower the risk of death after suffering a stroke.” AAN Press Release

And then this news from Reuters, citing a study done at the University of California: “(Reuters) – People who are depressed eat more chocolate than people who are not, U.S. researchers said on Monday, in a study that puts numbers behind the link between mood and chocolate. They said people who were depressed ate an average of 8.4 servings of chocolate per month, compared with 5.4 servings among those who were not. And people who had major depression based on results of a screening test ate even more — 11.8 servings per month. A serving was considered to be one small bar, or 1 ounce (28 grams), of chocolate. ‘Depressed mood was significantly related to higher chocolate consumption,’ Dr. Natalie Rose of the University of California, Davis, and University of California, San Diego, and colleagues wrote in the Archives of Internal Medicine.” Reuters.com

– O-kaaaaay.  So I probably won’t have a stroke, but I’ll be depressed anyway? Mmm-hmmm. Will our doctor’s check-up questionnaires start including “How many servings of chocolate do you have in a week?” to gauge our mental and emotional status?

The point is, no matter what the “study” says, someone else either has done or will do a study that contradicts it. It all ties back to “the futility of the human mind.”

Clearly, there’s only one option. Ignore ALL the studies and follow the Holy Spirit. God knows the answers to the questions each of us have individually, without forking over thousands of dollars for silly studies that prove nothing.

That’s the real question to be studied… who is paying for all these studies? Because you know they aren’t free!