Are you mean to yourself? I am. I’m forever attacking and berating and rebuking and belittling and punishing myself. Whether it comes to what I ate today or what I said to someone or what I thought or heard or saw, I’m mean. To me.

Do you know the golden rule?

In short, it’s something like this: Love one another even as you love yourself.

Love one another. The cardinal rule of Christianity. The all-encompassing law of God. Fulfill the law of love and satisfy all the commandments. Love others — wait — AS YOU LOVE YOURSELF?

That means you need to extend the same grace, kindness, mercy, forgiveness, and patience to yourself that you would extend to someone else. Failing to do so is as much of a break in the command of love as cruelty to another.

That’s where I struggle and fall short. Generally, it’s easier for me to let someone else off the hook, to release them from guilt, to excuse their failings and weaknesses, than it is to do any of the above for myself.

That for which I forgive others, I fail to forgive in myself.
This is wrong.

That for which I afford grace to another, but turn and deny grace for myself.
This, too, is wrong.

That which I wouldn’t hesitate to counsel God’s willingness to forgive and deliver, but for which I will not forgive myself … is hypocrisy in reverse.

Think about it. The usual definition of hypocrisy involves someone acting all holy and pure and righteous while they hide their bad behavior. Flip it around and you have the same thing … the person weighed down with guilt and condemnation over their failures and weaknesses and sins, hiding the righteousness of Christ by which they have been saved, is hypocrisy in reverse.

The bottom line? Every time Jesus encountered someone snared in sin, He released them. What did He tell the woman caught in adultery? “Neither do I condemn you.” Contrary to popular belief (which is pretty much always wrong) Jesus didn’t come to condemn us. Any of us. He came to rescue us from the grip of an enemy who seeks to steal and kill and destroy us. He came because He loves us. Unconditionally. 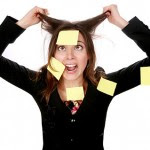 Slap whatever label on yourself you like. Jesus loves you, with or without your label. Accept it. Believe it. Act on it.