Can you tell there’s a whole lotta Sesame Street on the screen in my house these days? I always loved the commercial message at the end of the program: “Sesame Street was brought to you today by the letter ___ and the number ____. Bye-bye!”

Since things have been a little heavy here the last few weeks, I’m in the mood for something light, comforting, and cheerful, so I’m sharing some of my favorite things that start with the letter “O.”

1. Oreos
These fabulous cookies, which celebrated their 100th anniversary this year, have two “O’s,” so they’re first up. I prefer the Double Stuf version, which I realize is akin to committing Oreo sacrilege among the cookie’s most committed devotees.

2. Otters
Both the furry critter kind as seen here, because they’re just so darn CUTE!

AND the personality type as described by Gary Smalley. (You can take his personality test for free, and find out if you are a lion, an otter, a beaver, or a golden retriever. In my opinion, it’s one of the best personality tests out there.) Although I’m NOT an Otter, I love to hang around with otters because they are FUN.

3. Operation (the game).
We still have my original Operation game, and my grown kids occasionally get it out. When I compare the hand-eye coordination required with Operation to what they can do with video games now, I think my generation was sorely lacking. Playing Operation is one of the first times I remember having an adrenaline rush. Yeah, because I’m weird like that.

4. Opals (the gemstone)
Opal is the birthstone for those born in October. It’s supposed to be “unlucky” for others to wear the stone, but I think that’s silly. You get what you believe. Opals are awesome because they change with the light, hence the term “opalescent.”

5. Obedience
This is, quite possibly, my favorite O word. Obedience, whether it’s me obeying God, or my children being obedient to my husband and myself, having an obedient dog (I’m sure someone out there has one of those), or folks simply obeying the laws of the land (like not speeding, and not littering, for example), obedience is a good thing. It makes life run better, for everyone! (Couldn’t come up with a good picture for this, so here’s a picture of Archie. Who is mostly obedient. This is not one of those times.) 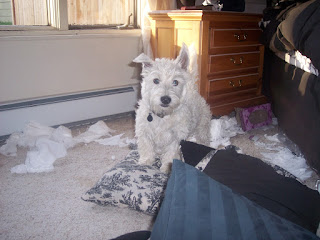 OK. (Hey! Another “O” word.) That was about as light and casual as this Beaver-type personality gets. I hope you thought of an “O” that brought a smile to your face today!