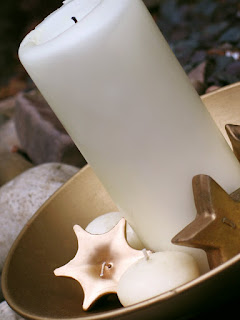 I committed the mother-in-law’s cardinal sin. I meddled.
I could justify my meddling. I was, after all, simply concerned for their safety.But justifying behaviors doesn’t resolve an offense. Only an apology, given and accepted, can do that. And so I had to humble myself and apologize to my son-in-law yesterday.
Family gatherings, stress over money or health, personality conflicts, misunderstandings, lack of sleep, and too much sugar create the ideal breeding ground for strife and unforgiveness this time of year. Who hasn’t left a holiday gathering disappointed, hurt, angry, embarrassed, or otherwise traumatized? It may have been the family member who drank too much and embarrassed him- or herself, or the blowup between mother and daughter about how the grandchildren are being raised, or the subtle (and not-so-subtle) criticisms about your weight or your date.
We all know how it feels to be inadvertently thrown onstage during the annual production  of Christmas family theatrics. But what happens when you realize you’re the one who opened the scene? For once, don’t justify yourself. Don’t defend your right to behave a certain way. Don’t try to explain your way out of a sticky spot. Just suck it up and say you’re sorry. ‘Tis the season of peace. Maintaining the spirit of Christmas isn’t  about the gifts you buy, winning the holiday lighting contest, or participating in the Christmas choir. Your part is this: “As far as it is possible with you, be at peace with all men.” (And women, and children, and your pets, and those irritating people in front of you in line at Wal-Mart…)
The story of Christmas is of a great and mighty deity who humbled himself to come to earth for the sake of “peace and good will toward men.”
Take a cue from the Christmas carol that says, “he’s making a list, and checking it twice…” Make your list, and see if you need to humble yourself and offer any apologies this holiday season, in honor of the Prince of Peace.