Most of you have probably seen this guy on the news by now. The homeless man with the golden voice who ended up on YouTube and is now an Internet sensation. Today, Ted Williams visited his elderly mother in New York for the first time in almost 20 years.

Ted Williams’ story is amazing. After decades lost to drugs, alcohol, and crime, he accepted Christ as Savior a year or so ago. His life didn’t change instantaneously. He was still homeless, still overcoming addiction, but God was involved. We don’t see God at work in this man’s life until now, but in truth, God has been at work behind the scenes for years.

How do I know? Because of his mother’s testimony. She’s been praying for her son for years, believing God to turn his life around for good. She’s 92. Today, after years of standing in faith for her son, she saw the end result of her faith in the flesh: Her son running through the airport to hug her. See the reunion at MSNBC.com 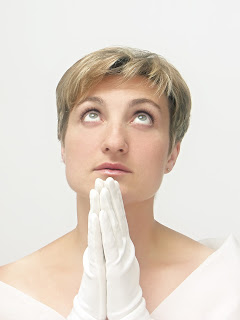 How long have you been praying for your loved ones who are battling addiction, struggling with sickness or poverty or mental health, difficult marriages or divorce, or just the fruit of bad choices? One year? Ten years? Decades?

Have you been praying for something you know is the will of God for your life, but you haven’t seen it manifest yet, and you are frustrated and starting to doubt? Well, we can glean strength from the testimony of others. This woman’s situation was hopeless. Impossible. She hadn’t even seen her son in years! But faith doesn’t tell time, and love doesn’t quit.

God is listening, and He is at work behind the scenes, orchestrating things, moving things, sending angels and His obedient children to carry out His assignments in the earth. He hears you.

Don’t give up hope.

4 thoughts on “There is hope: A mother’s testimony”