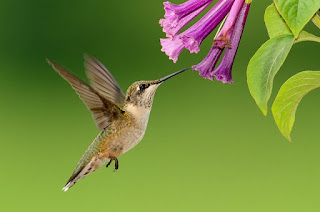 Yeah, I read that title and I think, “I’m getting old.”
In reality, it’s part of my new program of “learning to live lightly.”

I don’t live lightly. I live heavy. Every action, every word, every activity is carefully weighed and balanced and examined and questioned and questioned again, and if something bad actually happens, those actions and words and activities are interrogated all over again.

I’ve spent two weeks dreading my last two days of medical appointments. Like, waking-up-at-night kind of dread. Couple that with young adult children who insist on traipsing all over the place (really, what’s wrong with sitting at home with mom and dad watching TV?) and my dread levels are at meltdown stage.

Dread is a terrible place to live. If I were more artistically minded I would try to draw the Land of Dread… but since I’m limited to words, let me try to describe it for you (I know some of you have never even visited! I envy you!)

The Land of Dread is cold, dark, and inherently dangerous. It’s like the worst possible sci-fi scenario come to life. Nothing operates according to the laws that govern physics or statistics or logic. If it’s possible for the imagination, it’s probably in the Land of Dread, where things don’t happen to other people, they happen to you. Bad things, that is, never good ones.

The inhabitants of the Land of Dread exist in various stages of paralysis. The worst cases are house-bound agoraphobics. The rest of us suffer in varying degrees. Unable to go to a party. Unable to make new friends. Unable to let our children stay at a friend’s house. Can’t drive in the snow. Can’t go to a festival.

Can’t. Won’t. Shouldn’t. Those are the words that rule one’s choices.

In the Land of Dread you can only expect the unpleasant. Every waking moment (and sometimes the unconscious moments when you’re supposed to be sleeping) are spent waiting for “the” phone call, or “the” notification, or “the” big disaster. When the phone rings, you tense and your heart rate speeds up. A knock on the door or an unexpected visitor can only mean tragedy, right? YOU won’t be the Publisher’s Clearing House winner. When someone is late coming home (and late tends to be a bit subjective), full panic ensues. When the “breaking news” alert comes on TV, you’re sure it’s the beginning of the end of all things.

Living in the Land of Dread is exhausting.

My well-meaning religious friends (and irritated family members) used to tell me to “just believe” and “have faith” and “trust God” and so forth, assuming my Land of Dread problems were nothing more than mental weakness or demonic possession. All attempts to deal with both possibilities failed.

In the last year I’ve enjoyed highs and lows. I’ve successfully hurdled personal goals I’ve held in my heart for decades. I’ve cried with a friend over the death of her child. I’ve cuddled a new grandbaby and waved goodbye to an adult child who chose a season of homelessness over safety and security. I’ve danced a mother-son wedding dance with one child and filled out college applications with another.

Despite the dark spots, there are numerous bright places. There are multiple places in the corridors of 2015 where I so clearly see the hand of God at work that I’m left open-mouthed in awe.

But still, I’m living from a perspective of dread, and that has to stop, so for 2016 I’m adopting a new mindset, that of “living lightly.”

“It’s dark because you are trying too hard. Lightly child, lightly. Learn to do everything lightly. Yes, feel lightly even though you’re feeling deeply. Just lightly let things happen and lightly cope with them. So throw away your baggage and go forward. There are quicksands all about you, sucking at your feet, trying to suck you down into fear and self-pity and despair. That’s why you must walk so lightly. Lightly my darling…” ― Aldous Huxley, Island

That, to my mind, means a dramatic shift in cognizant thinking. One instant, one second, one minute, one hour at a time. Lightly. Lightly my darling.

It’s hard to live lightly when you’ve spent your entire life feeling deeply, refusing to let things happen, and acquiring baggage as if you’re the princess of an entire country. But living, and thinking, and feeling lightly are my resolutions for 2016.

Let’s live lightly, my dears. I believe it’s what Jesus would do!

2 thoughts on “The dentist, a mammogram, and cholesterol… wrapping up 2015 and waving goodbye to the Land of Dread”