Skip to content
Posted on 2015 by Niki Turner Posted in Adulthood, anxiety, Kids and Teens, parenting 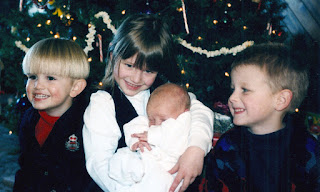 My oldest is expecting her fourth child sometime in the next six weeks. You’d think I’d be accustomed to welcoming a new grandbaby and watching my only daughter go through the process, but there’s still a lot of fear and worry and anxiety involved.

My oldest son left today on “an adventure.” That means he’s hitchhiking his way through the southwestern states. This, he says, is a “short trip.” It’s something he’s always wanted to do, which none of us understand, but my ancestry research indicates it may be a genealogical aberration he inherited. While I blubbered last night over his impending departure, he came in and explained all the research he’s done, all the thought he’s put into this journey, and today he posted a Mark Twain quote to mark the start of his walkabout. How can I argue with that?

My middle son got married last weekend. It was a beautiful wedding, I love his new bride, and I’m so proud of the man he has become. I very nearly didn’t make it through our mother-son dance at the wedding without a complete come-apart. They flew to Jamaica today for their honeymoon. (Yes, I live-tracked their flight on the Internet from take-off to landing… I have a problem.)

My youngest is a senior in high school and is playing football for the first time. He’s first string on defense, offense, and special teams. I’m ridiculously proud, and afraid I won’t be able to watch him play the same way I wasn’t able to watch him wrestle last year because it triggers horrible anxiety attacks. They should sell booze at those events for the paranoid parents.

To sum it up, I’m a stressed-out mommy, despite lots of prayer.

Maybe it’s because I had them so close together, or because I homeschooled them, or because we lived in a rural area and they were home, with me, ALL THE TIME, but this transition to adulthood is hitting me hard. About as hard as weaning them was the first time around, only this time it’s harder on ME. I don’t remember it being hard to wean my babies… they basically weaned themselves, or they got teeth, and that was the end of it. Bite me more than once, I cut off your food supply, pretty simple. They were all late teethers, so they all nursed for at least six months. Kiddo #2 for almost a year.

We once had cattle-ranching neighbors. Every year we would hear horrible, heart-wrenching sounds of distress from across the road. When I asked what was going on, I was told the mother cows were bawling for their calves, who had been separated from them for the first time. (The calves, I suppose, were just fine.) This wailing continued for several nights and was loud and distressing enough to make me close our windows despite our lack of AC.

Today, I’m that momma cow… wailing for her young’uns. Wishing they were all back home, wearing their footie jammies and small enough to pick up and cart off to their beds for the night.

The second weaning is for the mother, and it’s much more difficult than the first weaning.

It may come with a kid going to college, getting married, heading to the mission field, moving out to his/her own apartment, or going on a “walkabout.” But it will come. It’s normal, and natural, and healthy. So is childbirth. Unfortunately, no one is hanging around offering me an epidural.

I know I’m not alone in this season. I also know there aren’t any instructions, manual, or game plans for this stage. There are no Dr. Spock or “What to Expect” guides for us. It makes it extra difficult.

So, for all you mommies and daddies who dropped off a baby at college with fear and trembling, put one on a plane for a missionary journey or an educational course, kissed one and passed them into marriage, watched one head off for basic training in the military, helped one cart furniture into a third floor walk-up, or hugged one good-bye before he tromped off with his backpack and longboard, all alone, into the wide, wide world… I’m with ya. I’m praying for yours, and I hope you’ll pray for mine. May they find their way, may God lead them into His best and highest for their lives, may they find favor and grace and mercy wherever they go.

And may we, their parents, not get stuck in this limbo-land between the season of parenting and the season of LIVING. May we find our way into OUR next seasons as easily as our children find their way. Don’t cling to what was (or worse, what you wish had been). Look forward… what’s next for YOU??? What do YOU want to do???

2 thoughts on “The 2nd Weaning”