Skip to content
Posted on 2010 by Niki Turner Posted in Antidepressants, Dr. Seuss, Pride
It’s time to come out of the closet. Er, cabinet.
The medicine cabinet, that is.
It’s possible I’ll lose friends, readers, respect. But, in the wise words of Dr. Seuss, “Those who matter don’t mind, and those who mind, don’t matter.”
I’m on an antidepressant.
Yep, me. The anti-antidepressant chick.
*Gulp.* Any number of you are probably laughing … wondering why I thought this was a big deal.

Because I once judged and condemned those who resorted to medication to deal with symptoms of mental and emotional distress. I considered them weak, even while I battled increasingly frequent and severe panic attacks and depression. I watched the commercials for Prozac and Zoloft with outward disdain, and secretly wished I had enough guts to admit I had a problem I couldn’t control on my own.
There’s nothing like pride to trap you in a pit.
Oh, it’s not like I wasn’t fighting and resisting the enemy. I confessed scriptures, prayed, repented, cried, took herbal supplements, started exercising, meditated, received communion. I tried every method in, and out, of the book to get my wayward self under control. And all the while a still, small voice kept whispering in my ear, “Go to the doctor.”
But I didn’t want to go to the doctor. I didn’t want to admit my failure to overcome, to be victorious in this quest for mental and emotional stability. Even though I firmly believe God gives man knowledge and wisdom to find and create medical treatments so His children can have health. Even though I’m the first one to say “do everything you can in the spiritual realm, and everything you can in the natural realm to achieve and maintain health.” Sure, I’ll say it to someone else, but not to myself. 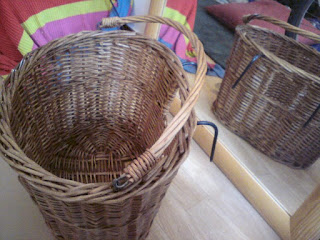 I cracked (the genteel Southern term is “dropped my basket”) one day on the way to the ski area in nasty weather. My husband was driving, the kids were all in the car, on the way to an activity I don’t particularly enjoy. I’d made myself go anyway because the LAST time I didn’t go, my oldest son severely dislocated his elbow and required an ambulance, emergency surgery, and physical therapy. Was I thinking my presence would somehow prevent another traumatic experience? Possibly. I do tend toward the “control freak” side of the personality spectrum.
Ingredients for a breakdown? In my case, yes. I started crying and could not stop. I couldn’t breathe. Couldn’t see. Couldn’t think clearly. For a few terrifying moments I felt certain I was going to self-destruct right there in the car, like those people who spontaneously combust in the middle of a crowded sidewalk. By the time the attack finally ended, thanks to a praying husband, I was exhausted. I spent the day in the lodge at the ski area, too physically and emotionally drained to even think about hitting the slopes.
A few weeks later, teary-eyed and humbled, I described my litany of symptoms to my doctor. She asked me a few pointed questions about how I was sleeping (um…people sleep?), did I feel angry all the time (you mean it’s not normal to always be ready to fly into a rage?), etc. And then she told me I had something akin to a repetitive-motion injury in my brain. Too much stress for too long = body chemicals all out of whack. I was existing in a perpetual state of fight-or-flight response.
The medications she prescribed had some side effects, but the side effects were nothing compared to the wonderful realization that I was reacting and responding to things like a regular person. Things that previously threw me off-kilter for days were still upsetting, but only briefly. I could move forward. My children (who did not know I had started taking ‘happy pills’) asked me what was up … I was so relaxed, they said. Wow. Had I been that crazy?
Medication is not a magic bullet. I know a lady who was taking so many prescriptions that her medicine was what was messing her up! She needed to get OFF the meds.
And there isn’t a perfect Stepford-wife “happy pill,” either. I still have bouts with the blues and flashes of anger. I still deal with pretty severe PMS and have to work through things like turning 40 and watching my kids grow up and leave the nest. Sad things make me cry (though I can watch a sad movie or book without getting hysterical now). I still struggle with social activities, but I hosted my husband’s entire extended family at our house for several days without blubbering on the bathroom floor even once!
I still have to rely on God to maintain my peace. I still need Him, as much or more than ever, because I know He has my best interests at heart.
Why have I shared all this? Maybe it’s a kind of public confession. Maybe I need to (virtually) stand up and apologize for being critical and judgmental of those I considered weak. In reality, I was the weaker one, because I allowed religious pride and fear to hold me hostage in a pit. Pride always makes us weak.
Maybe you have some prideful attitude about something or someone, even though you secretly (or not so secretly) struggle with the same issue. Shakespeare put it this way, “The lady doth protest too much, methinks.” The Apostle Paul put it like this: “Let him who thinks he stands, take heed lest he fall.”
Mostly I’m writing this (the draft has been in my computer since I started this blog) because perhaps someone else out there is buckling under the pressure and stress and needs to know God has a precise and individualized plan for your good. If that’s you, my prayer is that you will take heed to His still, small voice, and obey His leading.