My P for a2z could have been PAT, for my hubby, or procrastination, purpose, presence; even popcorn or peanuts or personality. Instead I’ve opted to venture out on a hormonal limb… my P is for PREMENSTRUAL. (If you wish to run away screaming now, go ahead. No hard feelings.)

I didn’t even realize I’d developed a problem until I had baby #3 (the one who started his senior year in high school this week).
Several months after his birth I found myself sitting on the living room floor, rocking and sobbing, unable to remember my own name. Certifiable? In a former generation, probably. I was out of control enough to scare myself, anyway.

From month to month my symptoms ebbed and flowed… confusion, depression, fits of rage, uncontrollable anger, crying jags, severe panic attacks, forgetfulness, exhaustion, nausea, headaches, stomach trouble, nightmares. For at least a week out of every month I was convinced my husband’s head was entirely too small for his neck and my children were trolls. No matter how much I cleaned all I saw was dirt and filth in my home.

I was a fairly new Christian at the time, just learning about walking by faith and trusting God. I knew my behavior was completely contrary to who I was in Christ, but I couldn’t seem to control myself.

The physical/mental/emotional symptoms were bad enough. The spiritual symptoms were unbearable. For 10 days prior to my period I felt spiritually dead. I read the Word the way a middle schooler reads a university philosophy textbook – completely void of interest and understanding. My prayer life was dull, dry and empty.  I felt guilty and condemned. I went to church and battled sarcasm, irritation and an inability to ignore the pastor rattling his change and keys in his pocket during the message and the wobbly beehive bun in the front row. If I was saved, why couldn’t I act better? Why did it seem like God was so far away?

I fasted. I prayed. I belittled myself for being weak and lame and a Christian wimp.
I changed my diet and tried herbal and homeopathic remedies with varying degrees of success. 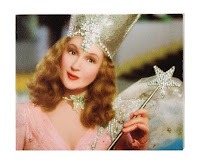 Eventually I explained to spouse and kids the physiological changes I was experiencing from month to month. Hubby learned to watch for “signs” so he knew what who to expect when he came home from work. Kids learned to “be on their best behavior” when mommy had her monthly crazies.

Seventeen years later PMS is still a battle for me (although my sons and son-in-law have a better understanding of the female menstrual cycle than most physicians). Increased knowledge and the addition of prescription medications mean I’m less likely to throw things, kick the furniture and rant for hours over misplaced action figures and Legos. These days I’m more inclined to go into hiding (literally) than I am to fly off the handle and have a random emotional meltdown.

For the love of other humans, especially my children and hubby, that’s probably a good thing. For myself,  I’m still NOT MYSELF for a week, and that’s frustrating. Imagine losing yourself for 10-12 days every month, barely able to function and completely unable to trust your reactions to people and situations. That’s PMS (or PMDD).

It’s easy to joke about (believe me, I’ve heard them all) and easy to discount as a non-issue if you aren’t a sufferer. Most physicians brush aside the symptoms of PMS/PMDD as a “girl problem.”
It’s not so easy to live with, much like so many of the chronic health issues many of us face. May weclearn to offer each other grace instead of rebuke, mercy instead of judgment, in the light of those conditions.