Skip to content
Posted on 2011 by Niki Turner Posted in Christian, Writing

There’s a lot of debate about how to define “Christian fiction.”

On Mike Duran’s deCompose blog this week, he questioned whether Flannery O’Connor’s books would be considered Christian fiction in today’s market. After all, her characters were known to use swear words. *sarcastic whisper mine*

Meanwhile, Jeanette Levellie, at On Wings of Mirth and Worth, questioned whether we should label a book—fiction or nonfiction—as Christian even though it doesn’t include any mention of God, Christ, salvation, or scripture. It’s simply a clean, pleasant story sold in a Christian bookstore and published by a Christian publishing house.

I frequently come across scriptures in secular fiction … even in J.K. Rowling’s Harry Potter series. Surprise, surprise. I’ve posted previously about the Christian themes I see throughout the Twilight stories. But that doesn’t make them Christian stories.

On the other hand, Tolkien’s Lord of the Rings trilogy and the Chronicles of Narnia don’t have scriptures in them, but they are considered Christian tales. Last month I read a Christian book in which the lead character, a minister, went out for beers and burgers with a friend … a definite no-no in many Christian circles, and certainly a taboo on the infamous list of dos and don’ts that circulated through the blogosphere last year. A list that includes things like “no mixed dancing,” and “no gambling” by Christian characters. 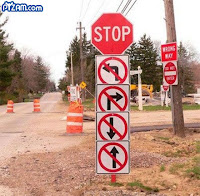 It’s hard to define what constitutes a Christian book when we can’t even agree on what constitutes a Christian. The Baptist sect in Kansas that pickets the funerals of our fallen war heroes thinks their actions are Christian, though the majority of believers beg to differ. Some churches teach that you can’t be “saved” (become a Christian) unless you go to that specific church and pray a specifically worded prayer. Others teach salvation through works, through baptism, through tithing, or simply assume that if you attend a church with a sign over the door that says CHRISTIAN, then you must be one automatically. Like the old joke… “that’s like saying going to McDonald’s makes you a hamburger.”

Certainly, putting a Christian label on a book or a business or a politician’s platform makes Christians feel more comfortable about supporting that business, reading that book, or voting for that politician. But does it also turn away the very people we are commanded by Christ to witness to? Are we then merely “preaching to the choir”? And what happens when said business goes under for not paying taxes, or said politician is revealed as an adulterer, or the author of the Christian book is found to be a … a … um. Well, you get the idea.