Skip to content
Posted on 2015 by Niki Turner Posted in Christmas and holiday season, Freedom, Idolatry

We’re 48 hours away from Turkey Day and I’m already looking for the holiday escape hatch. 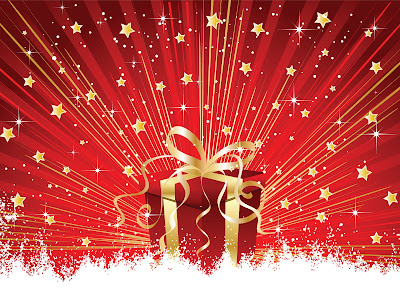 It’s not just because my kids are mostly grown and doing their own thing (although that plays a big part). I decorated and cooked and baked and planned and prepared like crazy when all of my kids were at home. Nowadays I have a hard time justifying the time and energy required to do all those things for people who either aren’t here, have their own families to tend to, or simply don’t care. It’s not because I’ve spent 20+ years tolerating the annual family drama that accompanies mandatory holiday events. And it’s not because I would really rather stay home and read and not require 48 hours of post-holiday introvert recuperation (although I would).

It’s because much of our holiday pomp and circumstance has started to look and feel like idolatry.
Idolatry is defined as “the religious worship of physical idols” OR the “excessive reverence or devotion to something.” Old and New Testament Bible folks frequently found themselves stumbling over idols, and the prophets pointed out that idols can be made out of anything. Wood. Clay. An ideal. A nation (but that’s for another post).

Why was idolatry bad? Because it diverted focus and attention away from our Creator and onto THINGS and STUFF, distracting us from God’s prime directive: love. If focusing on things and stuff doesn’t describe the current holiday fervor, I don’t know what does. We’ve turned holidays into glittering, gluttonous days of idol worship… revering our “holiday” ideals far above compassion, mercy, loving one’s neighbor, a spirit of giving, graciousness, tolerance, personal sacrifice, and so forth.

Need proof? How about this year’s Starbucks Christmas Cup Controversy? People are flipping out about the design of disposable coffee cups that aren’t deemed “Christmassy” enough. Said cups (which cost as much as an average fast food meal) also include, year-round, the image of a supernatural creature rumored to lure sailors to their deaths by song, which is a bit twisted, but perfectly describes caffeinated beverages, IMO. Oddly, no one seems to care about the pagan symbol on the cups unless it’s the “holidays.”

Lists of stores that plan to be open on Thanksgiving are being passed around social media, with encouragement to boycott said stores for their irreverence of our holidays. Folks are quitting their jobs because their employer wants them to work on Thanksgiving… and many of those same folks urging Thanksgiving Day boycotts will be lined up outside said stores on Black Friday, looking for deals to put on their credit cards. Cognitive dissonance, anyone?

My parents worked seven days a week for more than 20 years. We adjusted our “holiday” schedule to accommodate, grateful they had jobs that made money so we could have food on the table and gifts under the tree. This year my husband will work on Thanksgiving morning because, you know, folks NEED their soft drinks! They’ll also need their medical care, and their law enforcement, and their newspapers on their lawns, and their convenience stores to pick up the inevitably forgotten ingredient to the Thanksgiving menu… but those folks aren’t whining about having to go to work. On the other hand, some people CHOOSE to work holidays. Extra pay goes a long way toward getting out of debt, paying monthly bills, and buying gifts when you’re struggling to make ends meet. Sometimes you’re grateful for every paid hour you get.

How many married couples will fight over whose family to spend the holidays with? Or wear themselves thin running from house to house, their devotion to family weighed on Santa’s invisible scales and found wanting no matter what they do?

I had a lengthy discussion with a friend whose family gives gift cards for every giftable occasion. She was annoyed by the impersonal nature of gift cards. I concur. We’ve been reduced to gift cards because we no longer know each other well enough to come up with a real gift that would be appreciated, or even one that would require time and effort beyond the swipe of a card. Granted, some people LOVE gift cards the way some people love to receive a hand-knit sweater, but that’s not the point. If grandma is mass-producing sweaters because she feels obligated to provide you with a gift, there’s something wrong.

Let’s take the pressure off. If you want to celebrate, do so. If you don’t, that’s OK, too. Live and let live, and leave each other alone. If you want to go hang out with family on Thanksgiving, that’s fine… If it all just seems like a huge opportunity to require extra doses of Xanax, maybe you should stay home and wave from your Facebook page. That’s OK!

I think it becomes idolatry when you feel obligated to participate, when you’re afraid to say “no,” when you feel guilty for not joining in. (The same could be said for obsessive volunteerism, competitive church attendance, and any of the other multitude of things we’ve turned into idols.)

What if we all stepped back and listened to the Holy Spirit on the inside and went with His leading, and then didn’t judge each other about it? What would THAT look like?