Skip to content
Posted on 2010 by Niki Turner Posted in Christian novel, Francine Rivers, Grace Livingston Hill, Literature, Romance novel, Ted Dekker, Writing the Christian Romance
After becoming involved in church and ministry as a young adult, I took a decade-long hiatus from fiction. I returned to the world of romantic fiction when a dear friend introduced me to Francine Rivers‘ wonderful interpretation of the book of Hosea, Redeeming Love.

That classic reignited my hunger for fiction, and I began to devour anything and everything I could get my hands on, from Grace Livingston Hill to Steeple Hill categories to Ted Dekker and Frank Peretti. As I plowed my way through novels and novellas, I ran into a kind of male lead I’d never encountered in secular fiction: the Beta male.

“…while secular fiction traditionally leans toward the Alpha male (the driving, domineering, and often wealthy hero), Christian fiction leans toward the Beta male (the more sensitive, sometimes laid-back character who tries to hide his vulnerability beneath a quiet, boyish, or defensive exterior.)”

That explained it. Not in all the Christian romances I read, but in a fair portion of them, I kept running into the Beta Boys. 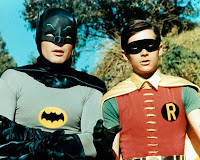 He’s the Alpha male’s favorite sidekick (or alter ego). He’s kind of shy and a little bit naive. Cute, even handsome, with some minor adjustments. He probably wears glasses, or has a bad cowlick and a nerdy job. Worse yet, he’s a minister, probably a youth pastor. In general, he avoids confrontation and might still live with his mother. Eek.

I’ll admit it: I was not intrigued by this Beta Boy hero. This was the guy you didn’t date in high school. He was the buddy, the pal, the homework study partner, but he wasn’t the guy you swooned over. This is the fella whose shoulder you cried on when you got dumped, the one who stood in the gap and went to the dance with you when Mr. Awesome Alpha-dude went out with the senior cheerleader from the school across town. He was the great friend, the confidant. The guy you secretly thought might be gay. Or a serial killer.

Don’t get me wrong, every Christian romance I read did not have a Beta Boy hero. MaryLu Tyndall‘s pirate series comes to mind, as does Kristen Heitzmann‘s Diamond of the Rockies saga.
(For more on this topic, read Kaye Dacus’ post: The Warrior and the Damsel in Distress)

I began to wonder if this Beta male hero was showing up in Christian fiction because he fit the stereotypical picture of the “good” Christian man? And if that was the case, was it any coincidence that our churches were filled with women whose men were at home working on the car, or sucking back beers with the boys during a football game, or out in the forest stalking a trophy deer to mount in the living room

Had we emasculated our romantic heroes in order to make them fit into a preconceived “Christian” mold? Can a godly Christian man not be “driving, domineering, and often wealthy”? Of course he can! Peter wasn’t exactly the retiring type, nor was the apostle Paul. Can he not also be sensitive, humble, and unassuming? Of course he can! Jesus was no weenie, contrary to the representations we’ve seen artwork over the centuries.

And so, I have begun a quest for the ultimate hero. The male lead who satisfies our desire for the “bad boys” of literature with their strength and power, while still meeting our need for understanding, compassion, and sensitivity.

Come back on Monday for an introduction to…
OMEGA MAN.

(p.s. If you’re wondering why I’ve changed the “look” of my blog yet again, it’s because this week I asked my oldest son if he had read Monday’s post (because he has to read my stuff, he’s my kid!). He informed me that he likes my blog, except it’s hard for him to read it because someone might see the girly pink and green background. Hmmm. Yes, my boys are in a dreadfully unbalanced Alpha phase. Hopefully this new background will be a little less terrifying…)

4 thoughts on “HEROES: The Advent of Beta Boy!”