We’ve met the Alpha males and Beta boys. And we’ve loved them in spite of their faults and weaknesses. Sometimes we’ve loved them to our own detriment: The woman whose Alpha male is an abuser, or the Beta boy who wants a momma more than a partner in life.

Most of us love heroes who display both Alpha and Beta qualities… we like ’em rich and powerful, and sensitive and considerate at the same time. No wonder romance is the top-selling fiction genre. Where else can you find the perfect man?

All kidding aside, I believe what we’re seeking is not a random compilation of an Alpha and a Beta. I believe what women want, and what men, down on the inside, dream of being, is Omega Man — the ultimate hero.

In the Greek alphabet, Alpha is the first letter and Beta is the second. Omega is the last letter, the end. Jesus is called the Alpha and the Omega, the beginning and the end. He’s also referred to as the “last Adam.” Adam was the original Alpha male with some definite Beta boy tendencies … where WAS he when Eve was being deceived by that snake, and why the heck didn’t he ‘just say no’ when she handed him that fruit? Hello, Beta boy bad choices.

So now you might be thinking, “That’s discouraging. I mean, I can worship Jesus, I can serve him, but I don’t have to deal with his temper if I don’t get dinner on the table on time, or nag him to pay the bills or change the oil in the car. He’s Jesus, my husband is NOT.”

Writers, do your heroes ever do things that make you cringe? Of course they do! That’s what creates conflict! Fiction without conflict is BORING. What do you do about characters who misbehave? You write them out of their bad choices, or narrate them through their innate character flaws.

“That’s fine, but my life isn’t a romance novel!”

Ps 45:1
My heart is stirred by a noble theme
as I recite my verses for the king;
my tongue is the pen of a skillful writer.
(from New International Version)

Isa 54:5
5 For your Maker is your husband–
the LORD Almighty is his name–
(from New International Version)

2 Cor 4:13
13 It is written: “I believed; therefore I have spoken.” With that same spirit of faith we also believe and therefore speak,
(from New International Version)

That man you love… what do you say about him? How do you see him in your mind’s eye? What you see, and what you say, is what you will ultimately have.

You are the gardener for that Omega Man seed. You’re the carpenter with the blueprint.  The ultimate hero, the man we WANT to see in the pages of our books and at our kitchen tables, he really does exist. Whether he remains locked between the covers of a romance novel or comes to life is, to a degree, dependent on you. 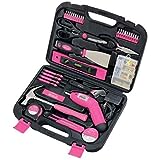 Obviously, you aren’t allowed to manipulate your man (that’s witchcraft) or try to push and nag him into behaving a certain way (that’s just obnoxious). But you do have the power to change what you think, what you believe, and maybe most importantly, what you say about him.

Will your human husband rise to perfection in this lifetime? Probably not.
Are you perfect? I know I’m not! But wherever he falls short of the mark, you can look to your Maker to fill in the gaps. (Look closely at what Belle is painting in the picture below.) 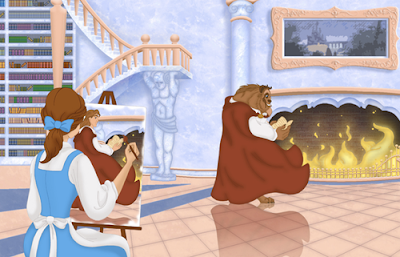 Valentine’s Day is coming up, and as many will be disappointed as those who are thrilled by the annual celebration of love and romance. Want to have the best Valentine’s Day ever? Start thinking about Omega Man, about your ultimate hero. Speak those characteristics into the life of your man. Build him up with your words and your thoughts instead of tearing him down. Stop comparing your husband to your hero, and start comparing your hero to your husband. That paper man pales in comparison.

And if you’re single this year, remember, God sent you the ultimate “Be Mine” in the form of His Son.


“For God so loV ed the world,
That He gA ve
His onL y
BegottE n
SoN
T hat whosever

Believeth I n Him
Should N ot perish,
But have E verlasting life.”
John 3:16