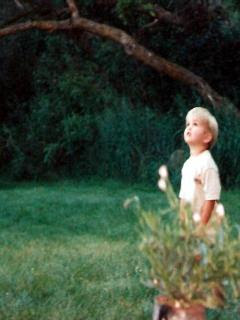 Sixteen years ago today I was enormous. My third baby was due July 10. It was the hottest summer Colorado had experienced in 30 years. It hadn’t rained in weeks, and everyone was parched, edgy, and irritable.

On the evening of July 2, I lumbered my small cottage-sized body off to bed, only to be awakened by thunder and lightning in the hours before dawn. I remember thinking, “Finally! Maybe it will cool off!” Moments later I heard our Lab mutt attempting to break through the screened kitchen window to escape the thunder. Since hubby is notorious for sleeping through nighttime emergencies, I hurled myself out of bed and race-waddled into the kitchen. I didn’t want the darned dog to shred the window screen. I let the dog come inside before traipsing back to bed, hotter and sweatier and more tired than before. I woke up in labor. 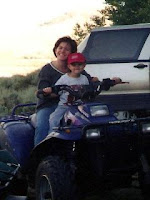 Lucas Cameron Turner made his entrance into the world at Aspen Valley Hospital in Aspen, Colo., a little after 1 p.m. He was a whopping 21-1/2″ long, 8 lb-13 oz. baby boy – the largest of my four. The midwife and delivery room nurse commented on his long, dark eyelashes. He had the neck and shoulders of an NFL linebacker. We couldn’t even snap the top snap of his Pooh Bear sleeper. Apparently, my intense craving for ice cream sandwiches during my pregnancy was his fault. 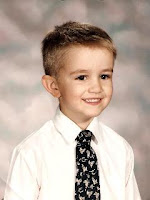 “Lukey” was a sweet baby. Mostly quiet and generally peaceful, with the occasional vindictive streak. A vile round of ear infections during his first and second year nearly threw us all for a loop, but God prevailed, and we all survived.

Tomorrow Luke turns 16. He’s bigger than me, bigger than his big brother, and almost bigger than his dad. He’s a computer whiz, and consistently amazes me with his ability to teach himself complicated computer jargon, and then apply it to fix people’s computers. He’s also an immensely talented drummer, playing on our church praise team and in a band with his brother.

The quiet, peaceable child has grown into a remarkable young man. He’s our peacemaker, sibling counselor, and an incredible writer. His wit, dry humor, and ability to debate an issue with the best are a source of parental  pride, occasional frustration, and frequent raised eyebrows.

I’m so very proud of you, Luke! May this next year be full of blessings for you in every area!
Love you,
Mom