Skip to content
Posted on 2010 by Niki Turner Posted in mouth, power, words 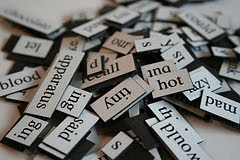 Imagine if your mouth had a “playback” button.
Now, close your eyes and listen to all the words you’ve uttered since you got up this morning. Not just the ones you said aloud, but the words you whispered in your heart about your body while standing in front of your bathroom mirror, the ones you posted on your Facebook status about your displeasure with the government, the ones you muttered under your breath about the phone call from your family member.

Listen carefully… what did you say? Now, imagine those words instantly becoming reality.

Even the “lightweight” words, the teasing, jesting words, like calling your spouse an idiot. Or a nag. 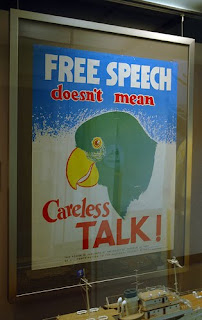 Really? That’s how you see him or her? And by the way, if you married an idiot or a nag, what exactly does that make you?

Oh, you say, it’s just words. It’s how I see things right now, how I feel about what’s going on. It’s my opinion, and I’m entitled to express it. I don’t MEAN it. Talk’s cheap, don’t ya know? No, it’s really not.

Ten of the twelve Hebrew spies who went into the promised land came back with a negative report. Their message of gloom and doom and destruction set the whole nation to wailing and complaining about the miserable state they were in (this is, mind you, before they ever had their first battle). Those spies must have thought words were cheap and powerless.

But God didn’t think so. In fact, when God shows up on the scene, he tells the whole lot of them they’ll get to spend forty years wandering in the desert because of their griping. The ten spies with the bad report died by the plague. “Say to them, ‘As I live,’ says the Lord, ‘just as you have spoken in my hearing, so I will do to you;” (Numbers 14:28)
In other words, it’s a lot like that old Toyota slogan… “you asked for it, you got it.” Words are containers of power.

Words can change the course of a life, or a nation.
And yet we throw them around carelessly, like ignorant children playing with hand grenades.

It’s so easy to fall into bad moods and attitudes, and promptly process those thoughts and feelings into words. But the question we must ask ourselves (hopefully before the words are released into the atmosphere) is this: Is this what I really want? Because when (not if) it comes to pass – it could be tomorrow or it could take forty years – we will each one be held responsible for what we spoke concerning our little piece of the universe.

It’s time we wash our mouths out with our Bibles and stop the stream of cursing that’s rapidly becoming a raging river. The same folks who wouldn’t dare let a cuss word escape their lips will turn around and bash the president, slam their boss, and undermine their own finances, marriage, and family with their words.

Here’s an easy way to remember this principle, and keep out of a lot of trouble:
“If you don’t have something nice to say, don’t say anything at all.”
It could get really quiet around here…