Were you fascinated by echoes as a kid? To stand at the edge of a canyon and shout out your own name, and have it come back to you again and again, borne on invisible sound waves, was like performing a magic trick.

These days we can record our “voices” in word, in text, on MP3 audio, or video, and send our message around the planet in seconds. Technology hovers somewhere between the original Star Trek and The Jetsons.

But whose words are we jettisoning into the atmosphere to echo throughout eternity? Are they our own words, inspired by our Creator? Are they someone else’s words, repeated and reposted or retweeted or reblogged?

Hearsay, according to the Random House Dictionary, is unverified, unofficial information gained or acquired from another and not part of one’s direct knowledge. It is generally inadmissible in a court of law as evidence for guilt or innocence. It seems every time I check my e-mail, visit Facebook, or turn on the television news, I get a message or a post that’s nothing but hearsay. Just echoes of other voices.

Writing classes talk about “finding your voice” – locating your unique and original style of written communication. We’re all writers these days, it seems. “Copy and paste” has placed each of us in a cyber-amphitheater. As writers, reporters, parents, Christians, Americans… We have a responsibility to make sure what we release into that amphitheater is bound by truth and backed up with legitimate evidence. The Bible says “…by the mouth of two or three witnesses every word may be established.” (Matthew 18:16, 2 Cor 13:1, see also 1 Tim 5:19) 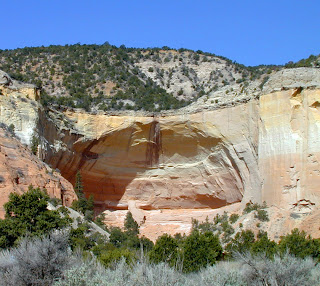 It’s easy to be an echo. You merely have to pick up a sound, or an idea, that reverberates with you emotionally or mentally, and reflect it. There are a lot of echoes, but few voices. Perhaps that’s because it takes courage to be a voice. Voices don’t have the comfort of “safety in numbers” or the protection of group opinion and mob mentality. Voices are frequently ridiculed, abused, and rejected for the message they deliver.

So why bother? Well, you don’t have to. But for myself, I know that as long as I merely “echo” whatever is around me, never generating my own response to my environment, based on the principles and beliefs of my soul, I’ll be hollow, like an echo.

We’re called to be a voice.
To our families.
To our communities.
To our generation.
Be a voice. Not an echo.