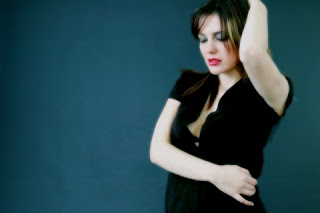 Maybe it’s just me, but the opportunity to get discouraged nails me every time I step out to accomplish some goal. I don’t think I’m the only one, or we wouldn’t have a world filled with wanna-be’s.

Discouragement is the equivalent of a roadblock. We see it coming as we cruise down the highway of life, striving to reach our dreams. It can be triggered by a major crisis, but usually garden-variety discouragement comes from the simplest of things.

In the Bible, the prophet Elijah struggled with discouragement. Not because he was failure in God’s eyes, not because his calling was in question, but because of a verbal threat from Jezebel after Elijah had called down fire from heaven and crispy-critter’d 350 of Jezebel’s favorite puppet prophets. In other words, after a major victory, Elijah had a chicken fit and ran away to the hills to hide out under a tree. An ugly tree, even.

Discouragement never takes you anywhere you’d normally want to be.
For example, you start exercising and watching what you eat. Two weeks later you go shopping and try on a dress, but the dress doesn’t fit you well and makes you “feel” fat. Wham-o! You’re discouraged. On your way out of the mall you stop at the ice cream shop and load up with a triple-decker fudge fantasy sundae. Yeah, pull up a rock and plop your butt down next to Elijah under that tree.

It took me a long time to recognize the discouragement ploy. I’d find myself starting a project (weight loss was a 20 year battle) or stepping out in some other new area. When I didn’t get the results I wanted within a “reasonable” amount of time, I’d start to question myself. “Am I really supposed to lose weight? Maybe I’m just doomed to be this size. Genetics, you know.”
Hello, ice cream. And popcorn with extra butter.

Sometimes discouragement would strike in the form of a friend’s success. Their church or ministry would be growing fast, while ours appeared to be wilting in the heat of religious persecution. Then I felt guilty AND discouraged. I should be rejoicing with them, not feeling sorry for myself!

Other times it comes in the form of words. Negative words. I’ve been most vulnerable to this in writing. Not so much negative critiques or criticism, but all the words about how hard it is to get published, how difficult it is to succeed, how rare it is for an aspiring writer to achieve the degree of success that will allow them to write full-time and support their families.

For someone with marriage trouble, those seeds of discouragement might be as simple as a statistic on the high percentage of failed marriages among people in their 30s. Or news of a friend’s impending divorce.

Someone just starting out in the workaday world might be tempted to quit before they begin with all the negative soundbites about the state of the economy. And that seems to be the key to recognizing discouragement… it tempts you to quit before you’ve really even begun.

“Quit while you’re ahead,” may have been the thought running through Elijah’s brain.
“Quit before you get hurt.”
“Quit before someone tells you that you aren’t good enough.”
“Quit before that other person quits on you.”
“Just quit. It won’t ever work for you anyway, that thing you want, it’s too hard. In fact, it’s impossible to achieve.”

God didn’t pat Elijah on the head and say, “ooh, you poor baby, I know it’s too hard for you.” No, God wanted to know what the heck Elijah was doing hiding out in a cave in the wilderness! Implied in His question, “Why aren’t you doing what I told you to do?”

Discouragement is a lie. It attacks those who are MOST likely to succeed. Want me to prove it? Discouragement never bothers all those folks in line at the convenience store who shell out their rent money to buy lottery tickets, or the people who order 36 magazine subscriptions so they can have a better chance of winning the sweepstakes. Now, they ought to be discouraged, and quit, and go find something productive to do, but they don’t!

So, if you feel that pressure of discouragement today, the temptation to quit and draw back from your dreams, from your goals, DON’T DO IT!
Pick yourself up, dust off your vision, and get back to work. Plug in your iPod and tune out the naysayers. Turn off the news. Surrounded by successful people? Hey, if it can happen for them, it can happen for you! God is no respecter of persons, but He is a respecter of faith, of hope, of love, and of determination.

Don’t quit now! You’ve only just begun… (now sing the song, and get back to work.)
Blessings!