When an automobile has been dinged or dented, “body filler” is used to conceal those damaged places. It’s not as good as getting a whole new fender, but it makes everything look right again. When we’re talking about faith, the law is the spiritual equivalent of body filler. It’s a patch, not a permanent repair. The Old Testament sacrifices of atonement were enough to conceal the damage done by sin, but they weren’t enough to bring restoration.

The old system of Jewish laws gave only a dim foretaste of the good things Christ would do for us. The sacrifices under the old system were repeated again and again, year after year, but even so they could never save those who lived under their rules.

Over the centuries, the Hebrews kept up this practice of filling in the dents and holes, until eventually they were “whitewashed tombs full of dead men’s bones.” Oh, they looked religious on the outside. They had all their ducks in a row and all their i’s dotted, but they were wrecked on the inside.

But Christ gave himself to God for our sins as one sacrifice for all time and then sat down in the place of highest honor at God’s right hand, waiting for his enemies to be laid under his feet. For by that one offering he made forever perfect in the sight of God all those whom he is making holy.

The Six-Million Dollar Man starts with a voiceover… “Steve Austin, astronaut. A man barely alive. Gentlemen, we can rebuild him. We have the technology. We have the capability to build the world’s first bionic man. Steve Austin will be that man. Better than he was before. Better, stronger, faster.”

I like to think this is the kind of potential God sees in each and every one of us. That He has a plan for us to be better, stronger, and faster than we can ask or think, no matter what has happened to us in the past. Not in our own strength or our own might, but by His power and grace working in us.

Filler faith is self-conscious, and therefore self-limiting. It’s based on externals, not internals. If I do (or don’t do) X and Y, and fill in all the blanks correctly, then I can expect my filler faith to work for me.

Bionic faith, on the other hand, is based solely on believing what God has done in us. Remember all the early scenes from the Six-Million Dollar Man and the Bionic Woman? They had to first believe they could pop tennis balls and run 60 miles per hour. Then they had to act on that belief. 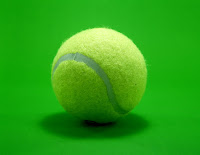 Now imagine this: How would the show have gone if Steve Austin was more conscious of his formerly destroyed eyeball than his new, bionic eyeball? No bionic vision. Or if Jaime Sommers didn’t believe her shattered legs had been replaced with bionic ones, would she even have the faith to stand up, much less run? Probably not.

Do you see the analogy? It’s not about what we can do, it’s what God has done in Christ Jesus. We’re all bionic, in Him. God has given us everything that pertains to life and godliness. Jesus told us to go and do the same works He did, and greater works. Do ya think He lied? I don’t. So what’s the problem? He did His part, now it’s time for us to do our part. Our part is to believe. Simply believe. That’s what Moses, and Abraham, and David did. It’s what Mary and Joseph did. It’s what Peter and Paul did. And it’s what we’re to do.

Will we be bionic believers? Or will we settle for filler faith?