Skip to content
Posted on 2010 by Niki Turner Posted in Christianity, Church, Misunderstood
My husband came home the other day and said someone at work asked him a strange question…
“Are you guys moon worshipers or something?” (Referring to our non-denominational Christian church.) The fellow who asked the question has worked with hubby for several years now, and they’ve discussed their mutual faith in Christ on more than one occasion. The gentleman explained that someone who lives in the church neighborhood saw us outside in the front yard one night.
This quick-thinking individual promptly assumed we must be worshiping the moon, then asked another pastor in town if our church doctrine involved moon worship. (Because, of course, people only go outside at night to worship the moon and stars and so forth, you know. Sarcasm intended.) Said pastor was afraid/embarrassed/unwilling to ask us about it in person, and mentioned it to hubby’s co-worker (and who knows how many other people.)
Fortunately, my husband is made of much more even-tempered stuff than I. He laughed it off. I (obviously) am still working on my mental/emotional/spiritual response to the latest in a long line of absurd rumors and half-truths and outright lies that have been passed from one Christian to another.

It hurts to be misunderstood. It hurts when you find out people you thought you knew are quick to assume the worst of you and pass it on without even asking you to your face if there’s any truth to it.

My comfort comes from knowing we’re in good company.
Joseph shared his vision with his brothers. They not only didn’t believe him, they were so ticked off they  wanted to kill him. One of the more enterprising among the brothers convinced the rest that selling the annoying little brother into slavery would at least put some coin in their pockets. Misunderstood, yeah. Wrong about his vision? Nope.
Moses led millions out of Egypt with signs, wonders, and miracles. Only to have the same crowd turn on him just a few days after crossing the Red Sea, accusing him of trying to kill them all in the desert. Nice. And we wonder why Moses lost his temper and disobeyed God.
Jesus was completely misunderstood. Sometimes by his own disciples, and perpetually by the religious leadership of his day. No matter what he said or did, they simply didn’t get it. Do you suppose that’s what prompted him to make some of those wild statements in the 6th chapter of John, like “Unless you eat my flesh and drink my blood…” Or, as one writer put it, “Bite me.” 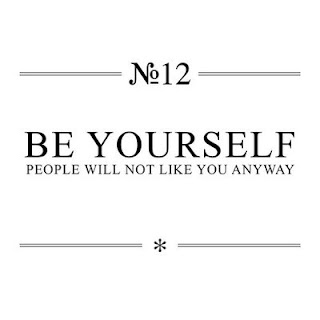 Being misunderstood hurts, and it’s frustrating, but I’m rolling the care of it over on God now and trusting Him with the situation. Who do I think I am, that I wouldn’t be misunderstood when my Lord was misunderstood?
For the record, the only time I recall a group of us gathered outside after dark was after we’d had dinner with friends who made time to stop in our little burg for a quick visit during their family vacation. We’d locked up the church and were standing outside by our cars saying our goodbyes and promising to keep in touch while the kids played tag in the yard.
How that becomes “moon worship” I don’t have the foggiest idea, but I hope that person has considered a career in fiction! Maybe science fiction!
When have you been misunderstood? How did you deal with it?

3 thoughts on “Being misunderstood hurts.”