Skip to content
Posted on 2009 by Niki Turner Posted in 18 Kids and Counting, Americas Got Talent, DavidHasselhoff, Family, Got Talent, Home, Jon and Kate Plus 8, Sharon Osbourne 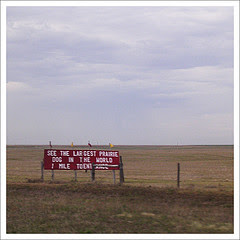 In this house full of boys I feel like part of a freak show sometimes. Even our dogs are males. I’m seriously outnumbered! But I’ve never actually been to a real freak show, unless the White River Museum with its two-headed calf counts. I have been tempted, I’ll admit, to stop at that place in Kansas that boasts of having the world’s largest prairie dog. Not that I really care about giant prairie dogs, I’m just looking for an excuse to get off the highway.

Freak shows, or side shows, were wildly popular in Europe and America from the late 1700s all the way into the 1940s. 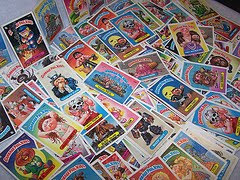 Traveling caravans like P.T. Barnum’s and the Ringling Bros., spotlighted the bizarre physical abnormalities or exceptional abilities of humans and animals hired to “perform” for the show. People collected and traded freak show cards like baseball cards. I remember thinking the “Garbage Pail Kids” trading cards in the ’80s and ’90s were twisted! (They’re making a comeback, by the way!) How would you like to have your kid come home with a “Titana the Fat Girl” card, or an “Eliza Jenkins the Skeleton Woman” card?  “Hey Johnny, I’ll trade you my Jo Jo the Dog-Faced Boy for your Grace the Mule-Faced Woman!” What’s wrong with this picture?

Oddly enough, Germany banned freak show exhibits in 1939 because they were “exploitive.” In the same year the Nazis invaded Poland and began the Second World War. Apparently, tossing Jews in the gas chamber was okay, but pointing fingers at the deformed people wasn’t nice. Talk about a bad case of situation ethics!

Some freak show performers became famous, like Tom Thumb, who appeared before Queen Victoria three times. He was only eleven years old when he signed on with P.T. Barnum. Oh yeah, no exploitation there. 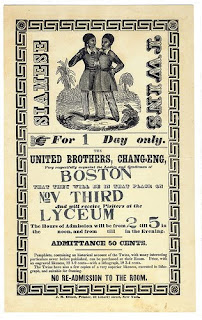 Bearded ladies, probably the victims of a simple hormone disorder, were frequent attractions, along with albinos, giants, midgets and dwarfs, hermaphrodites, multiple amputees, conjoined twins and individuals with varied birth defects… like Howard the Lobster Boy. Folks with “self-made anomalies” were popular, too, like the tattooed husband and wife team, the fireeaters, the sword swallowers, and the “human pincushions.”

So this afternoon I sit down to check my e-mail and come upon a headline about the Duggar family. It seems Mrs. Duggar has announced her 19th pregnancy. Feelings about the Duggars run strong, judging from the emotional comments left on the news article. And that got me to thinking… (which is always dangerous). I turned on the television and scanned the ridiculous number of available channels. Almost every other program was a “reality show.”

We have shows about the day to day lives of  “little people.” How they drive, how they reach the top shelves in their kitchens, and so on. We have Miami Ink, an entire program dedicated to tattoos, tattoo artists, and the people they tattoo. “De plane, de plane, boss!” Sorry, wrong Tattoo. I have no business posting a blog at this hour of the night. 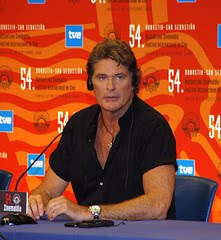 We’ve got American Idol, America’s Got Talent, and Survivorman highlighting the special–and not so special–abilities of everyday folks. For everyone out there who grew up on Knight Rider and Baywatch, is it NOT embarrassing to watch David Hasselhoff demonstrate his mid-life crisis–complete with chest hair and gold chains? And what in the heck was Sharon Osbourne thinking when she married Ozzy? Sharon is a reasonably attractive woman. Ozzy is, well, Ozzy. And who is that British guy with the bad attitude, anyway? Oh, right, which British guy? Both of them. Are British guys just grouchy? And if that isn’t enough, Discovery and TLC offer options about morbid obesity, women who didn’t know they were pregnant until they gave birth (yeah, right), and mysterious, incurable diseases. Yippee.

And then there are the parenting and marriage shows (not counting the Duggars). There’s Jon and Kate plus 8. Whoops, make that Jon, Kate, their significant others, and eight kids. There are the nanny shows, which prompt my children to say, “That kid needs a spanking!” And there’s Wife Swap. Which used to be a very naughty term, but apparently just means taking a feeding-on-demand mom and trading her with a feed-on-schedule mom to see if the moms fall apart before the dads and kids do.

We’ve gone back to the freak show, ladies and gentlemen.

Hey, can I get some Duggar family trading cards?

2 thoughts on “Back to the Freak Show”