Yeah, I know. I’m showing my age with the Noid comment. But it was such a good series of commercials back in the ’80s. And it’s a convenient reminder of an important truth: The devil is in the details.
Generally, it’s not the big, obvious offenses that trip us up in life.
Take Judas, for example. He’s one of the best-known villains of all time, the man who betrayed the Son of God with a kiss. Art portrays Judas as a scurvy knave (there’s just no better way to put it!), slinking about the edges of the frame. But was he always a wretch?
Judas was hand-picked by Christ to serve in the upper echelon of His leadership team. And he wasn’t JUST one of the twelve apostles sent out to heal the sick, raise the dead, and preach the Gospel, Judas was given responsibility for managing the ministry finances, too.
At first, Judas was probably thrilled. I mean, Jesus was THE happening thing back then. Everywhere he went, crowds followed. Exciting stuff happened around him. And then Jesus started doing some weird things and making crazy demands like you must “eat my flesh” and “drink my blood.” A lot of the folks who’d been following Him drifted away. Judas found himself in one dangerous, life-threatening situation after another—in storms so nasty they could only be supernatural, face-to-face with a man so filled with demons no chain could hold him, and so on.

Maybe all that danger convinced Judas he deserved a raise. He started dipping into the offering basket. Apparently there was enough cash in there no one noticed the missing money. Then, some chick took a bottle of perfumed oil worth an average year’s salary, and dumped it all over Jesus. Judas was incensed, as were the rest of the disciples. This money, Judas proclaimed, could have been given to the poor! Yeah, right. That was a lot of money he could have been slipping into his pockets.
Shortly thereafter (at Passover, no less!), Jesus starts talking about eating his flesh and drinking his blood again. Judas has had enough. He gets up from the table and storms out, offended and angry. He betrays Jesus to the Sanhedrin for a measly 30 pieces of silver—the price of a slave—and leads the Jewish leaders in the arrest.

When he comes to his senses and realizes what he’s done, the Bible says Judas was “filled with remorse.” When we act out of offense, eventually we realize what we’ve destroyed, whether it’s a relationship or our own health. Remorse and regret and sorrow are sure to follow. According to Bible history, Judas commits suicide by hanging himself.
How do you go from walking with God in the flesh to dangling from the end of your own hangman’s noose? I believe offense, a tiny little barb, created the heart infection that led to Judas’ demise.
How can we protect ourselves against offense? First, we must become diligent about avoiding offense in the first place—commit those symptoms and synonyms to memory and “take heed” or listen, to yourself. When you start complaining, something is wrong. Remember, no one but the devil is served by our becoming offended.
Second, we must practice the art of forgiveness even when it’s unpleasant and uncomfortable and undeserved. For a Christian, forgiving others is not an option, it’s a duty. We are to forgive EVEN AS (in the same way) we have been forgiven.

Third, we need to be watchful of the tiny prickles and splinters that seem inconsequential, but lead to bigger problems. One mosquito bite can infect a human being with malaria, West Nile virus, or Dengue fever. Staph germs can enter into a tiny wound and devour a man’s flesh all the way up his arm. Don’t ignore the little things in your day—the irritants, the annoyances, the frustrations—instead, choose peace and let that thing go. Remember the old pizza commercial slogan, “Avoid the Noid”? We need to avoid being annoyed because being annoyed is a gateway to offense.
It’s also not OK to take up an offense just because it’s popular. Just as parents reject the excuse “everyone else was doing it” God rejects it, as well. Just because “everyone” in your church, your workplace, or your family is badmouthing the government, the president, and the news media, majority rule does not give you the right to follow suit.

Complaining is never appreciated in the kingdom of God. Likewise, jumping on the opposing side of the teeter-totter and badmouthing the complainers will produce just the same evil results in your life! Surrounded by gripers? Smile, look the clucks in the face, and keep your mouth shut. The old adage our mothers beat into our head is the best advice, “If you don’t have something NICE to say, don’t say anything at all.”
I hope this week has provided you with some insight into one of the greatest weapons used against humanity, to steal peace and joy and health, to incite wars and strife.
As Paul wrote to the churches he ministered to… grace and peace to you! 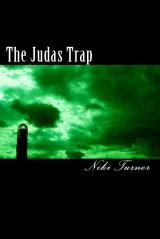 If you want to get this information all in one place at one time, it’s in my book, The Judas Trap, available at Amazon.com. I’m giving away a free copy this week. (It’s excellent preparation for the holidays… all that time with in-laws and family members provides plenty of opportunities to get offended.)

One thought on “Avoid the Noid!”